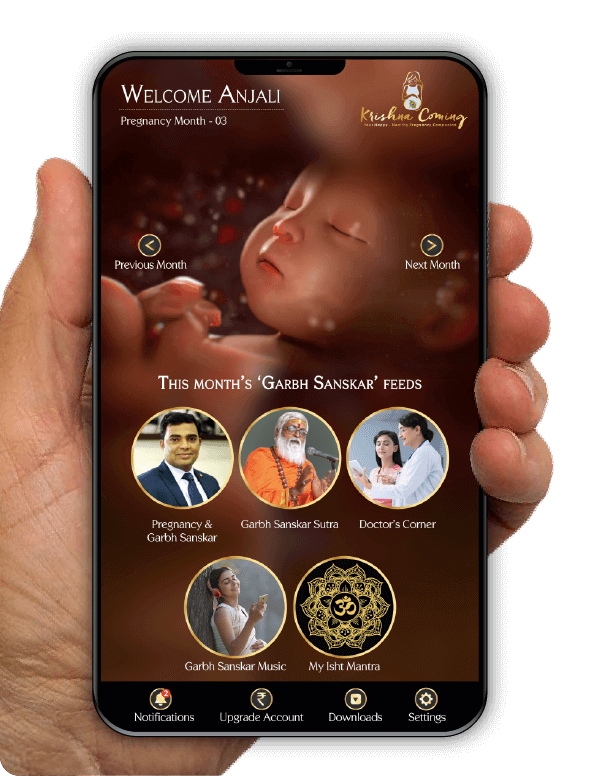 We will sms you link for krishna Coming Application follow instructions given in sms to install app. 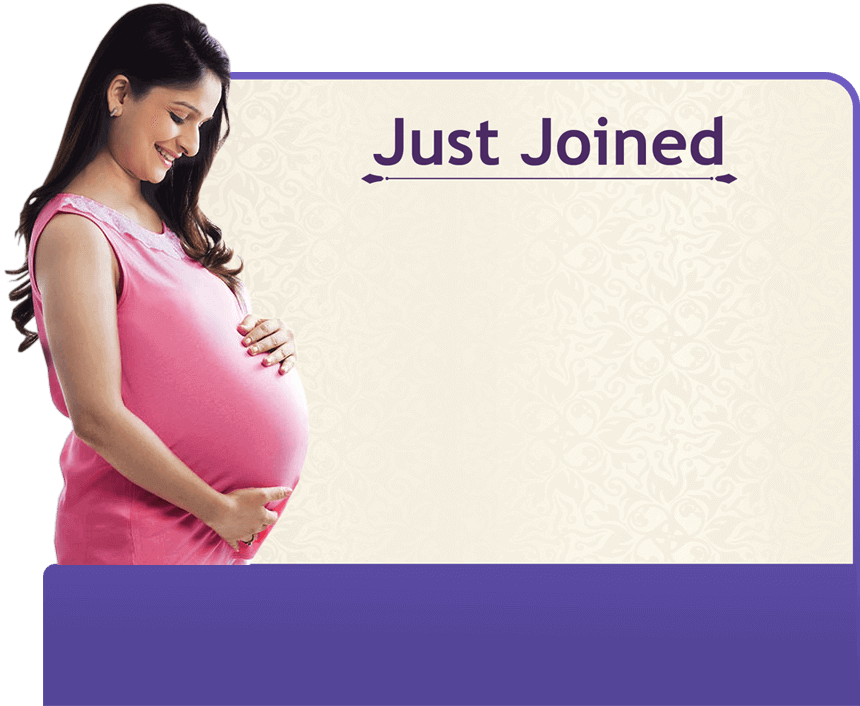 What is Garbh Sanskar?

According to ancient Indian scriptures, ‘Multiplication of Virtues & Division of Defects is called Sanskar’. Good deeds done in repetitive action in such a way that it becomes your nature. This is the process of imparting Sanskars.

Garbhsanskar means to impart virtues, values, sanskar in unborn baby in the womb during the period of pregnancy. As pregnancy is the stage where basic building block of child’s mental neural structure is laid down. This is the most decisive stage, deciding child’s health, behaviour, nature and almost his entire future.

Giving birth to a ‘Sanskarit’ child depends on two things:

1)    Prarabdh: Deeds of our previous birth

2)    Purusharth: Efforts done in this birth to impart virtues in child.

Unfortunately, we have no control over ‘Prarabdh’, but we can certainly impart Sanskars in our child with ‘Purusharth’. Whole process of Garbhsankar revolves around this ‘Purusharth’ of Father, Mother & Family Members.

GarbhSanskar is a Science as well as an Art. Process of Garbh Sanskars starts the moment a couple decides to bring a progeny to this world. An optimum level of physical, mental & spiritual health should be achieved to invite a divine soul to a spiritually & physically healthy womb to grow in. During Period of pregnancy father & mother should understand their responsibilities to provide the unborn child an atmosphere that imbibe positivity, confidence, health & brilliance in the baby such that these qualities become second nature of child. By doing so, after birth the child would adapt to the virtues taught by the parents on much deeper level & faster, such children are emotionally more attached to their parents and shine through their sheer health, brilliance & intelligence.

It is true that you can program a child right during pregnancy as per your desired qualities. But today’s fast paced lifestyle and blind race for materialistic possessions have made us turn our eyes form this wonderful ancient science.